Justin is interested in how selfish DNA shapes the evolution of genetic systems. He is also working on method development in the lab, with a recent focus on getting CRISPR going in different species of Drosophila. 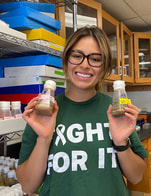 Ana is an Honors student working on an undergraduate thesis studying paramutation in ​Drosophila virilis. Here she is with her two favorite strains - Strain 9 and Strain 160.

Eva is a student in the integrated Computational Biology program. She is working on developing bioinformatics tools for understanding transposition.

Nick is studying expression of the piRNA machinery and hybrid dysgenesis. 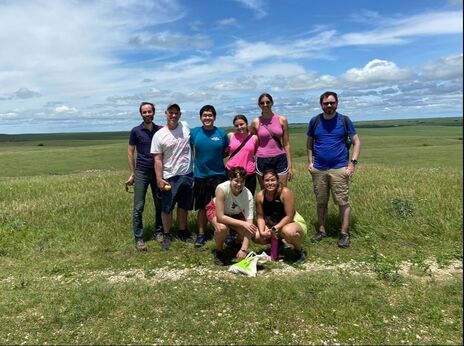 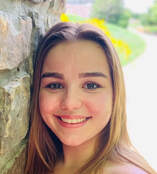 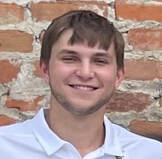 Alex was a Ph.D. student. She graduated in 2018. Her research focused on aging, germline stability and off-target effects of piRNA silencing. She now works for BioKansas.

Lucas was a Ph.D. student. His research focused on the evolution of the synaptonemal complex and the landscape of meiotic recombination in Drosophila. He is now a postdoc working with Amanda Larracuente.

Mauricio was a M.S. student. His research focused on hybrid dysgenesis in D. virilis and the effects of radiation on transposable element activity. He is now a software developer.

Xi Chen
Xi was a M.S. student. His research focused on molecular evolution and expression of the piRNA machinery in response to a changing TE load. He is now a software developer.

Kelley Van Vaerenberghe
Kelley was the lab manager for two years. He worked on small RNA sequencing method development, CRISPR genome modification and transgenics. He is now a graduate student with Brandon Cooper at the University of Montana where he studies Wolbachia.

Chris Harrison
Chris was a lab technician for a year and he worked on RNA-seq analysis and genetics of hybrid dysgenesis in D. virilis. He is a founder and COO of Liber & Co. in Austin, Texas.

Christine Yoder
Michelle was the lab manager for several years. She worked on the development of high-throughput sequencing methods. She now is a Senior QA Specialist at Plastikon.

Dean Castillo
Dean Castillo was a technician in the lab for a year. During that time he worked on molecular evolution of the piRNA machinery. After graduate school in Indiana and postdoctoral research at Cornell, he is now an Assistant Professor at the University of Utah.

Angela was an Honors Thesis student. She studied how transposon insertions silence genes that flank them. She is now an M.D. student at the University of Kansas.

Henry was a student in the lab working on the evolution of the DNA damage response across Drosophila. He is now an M.D. student at the University of Kansas.

Ashley was a student in the lab working on hybrid dysgenesis and transposition. She is an undergraduate at the University of Kansas

Jonathon was a student working of studying TE expression in the placenta. He is now a bioinformatician at the Stowers Institute.

Marilyn was an Honors research student and part of the excellent IMSD program. Her thesis was on the epigenetic effects of gene silencing by off-target piRNA. She is now a an MD/Ph.D. student.

Michael was a student researcher. He developed mutant alleles of white using CRISPR in D. virilis. He is now a graduate student Northwestern.

Emily was an Honors research student. Her thesis focused on how TE insertions cause silencing of neighboring genes by piRNA. She is now a graduate student at the University of Texas.

Griffin was a student working on recombination during hybrid dysgenesis.

Sam Groth was a computer programmer in the lab. He worked on simulations of TE dynamics.

Natalie was a summer REU student who worked on piRNA biogenesis toward the P element.

Jennifer worked on the effect of aging on hybrid dysgenesis.

Fiona was an Honors research student. Her thesis focused on the role that DNA damage has on activating TEs in the ovary. After a stint as a technician at Spelman College, she is now a graduate student at the University of Georgia.

Aquib was a student researcher. His work focused on the evolution of the somatic DNA damage response across the Drosophila ​genus. He is now pursuing an M.D. at KU Medical School

Jaimie was a student researcher. His research focused on mechanisms of sterility mediated by transposable elements. He is now a laboratory technician at UMKC.

Kendra was an Honors research student. Her thesis was focused on a genetic and chemical investigation of egg shell defects in D. virilis​. She is now pursuing an M.D./Ph.D. at the University of Arizona.

Alex was a student researcher. He worked on chemical approaches to the study of hybrid dysgenesis. He is pursuing an M.D. at KU Medical School.

Dan was a student researcher. He worked on developing genetic tools for Drosophila virilis.

Kim Box was a student researcher. She worked on the molecular evolution of the piRNA machinery and hybrid dysgenesis. She is now a Ph.D. student at Princeton. 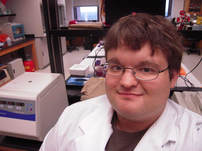 Andrew was a student researcher in 2008. He was the first one in the lab studying all sorts of stuff! And you have gotten to the bottom of the web page! He got his Ph.D. at KU and is now a postdoc at Santa Cruz. Time flies!